Somalia is prone to natural hazards such as floods, droughts, landslides, strong winds and their secondary impacts of diseases and epidemics. Droughts, floods, landslides and epidemics are the most frequent. The country is also equally prone to man-made disasters such as urban fires and water pollutions and lacks of resources for coping with the cross border issues and large-scale disasters.

MRF committed to promote the lives of IDPs, refugees and underprivileged people affected by disasters in Somalia and world-wide.

“Any effort to reduce vulnerability of people and strengthen their resilience must begin at the local level.”

-Sendai Declaration at the 2015 World Conference on Disaster Risk Reduction

MRF’s Disaster Risk Reduction (DRR) and Resilience Building Program interventions aimed at preventing new and reducing existing disaster risk and mitigating the risk of displacement and increase the resilience of local communities to cope with disasters and extreme events related to climate change.MRF activities promotes local community’s human capacities to predict, adapt and respond to potential disasters and emergencies to protect and save lives and recover as resilient community.

Manaal Relief Foundation is a proud and active member of the Global Network of Civil Society Organizations for Disaster Reduction (GNDR),

GNDR is the largest international network of organizations committed to working together to improve the lives of people affected by disasters world-wide.

MRF is a partner of United Nation Office for Disaster Risk Reduction- UNDRR, 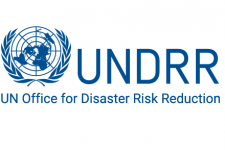