PREVENTING ELECTION AND COMMUNITY VIOLENCE THROUGH EARLY WARNING AND EARLY RESPONSE IN SOMALIA:

Conflict election in Somalia; The contentious dispute over the implementation of the recent election agreement (Sept, 2020) between Federal Government of Somalia-FGS and the Federal Member States-FMS on the upcoming February 2021 election in Somalia, had led to delays in the election which could lead to violence and conflict if the Somali political stakeholders don’t reach political agreement before the deadline of the Somali presidential mandate, Feb, 08 2021.

Furthermore, Somalia’s on-going local conflict is fueled by issues such as competition over natural resources, land disputes, livelihoods insecurity, and erosion of traditional systems for conflict and resource management.

As the Somali Federal elections approached, the risks of election and community violence increased with rising tensions. MRF launched the Early Warning System “PREVENTING ELECTION AND COMMUNITY VIOLENCE THROUGH EARLY WARNING AND EARLY RESPONSE IN SOMALIA”

MRF through this project works to reduce the risk of community violence by increasing local stakeholder’s capacity to recognize and respond to early signs. MRF collects information on potential election violence, clan conflicts and community violence and threats to peace and security in a timely manner through the Early Warning and Early Response System (EWARNS).

MRF as a local non-governmental organization that is committed to the prevention of violent conflicts in Somalia; MRF aims to generate general awareness about the (actual and) potential causes of violent conflicts, and to help explore practical strategies towards checking them.

The MRF organization continues to develop its potential to respond to conflict and promote peace and our main work focuses around security, gender, and peace education, and youth empowerment, provision of early warning system, dialogue and sustainable development goals. MRF through this initiative will provide training on early warning signs of election violence to the local observers and monitors, conduct community consultation meetings, facilitate the stakeholders participating in meetings, participate the local and national platforms and mobilize the relevant CSO actors and stakeholders to respond to action points identified by local or national platforms to respond to early warning signs of violence. In addition to the ICT-based early warning reporting system, a monthly bulletin updating of the risks of violence will be published. The bulletin will summarize all the alerts that received and the responses taken by the platforms to address them.

Manaal Relief Foundation works in two federal member states-Puntland and Galmudug regions of Somalia to help communities better understand and address issues that lead to conflict, work towards good governance and reduce local tensions and violence. We aim to impart comprehensive skills and conflict sensitivity to government and humanitarian actors to enable programming that actively builds trust and improves relationships between conflicting groups.

The objectives of the project are to prevent election violence, mitigate the risk of election and community violence in Somalia. Specifically, the project has the following specific objectives:

The project identifies actors with mobilization capacities for rapid response to prevent and mitigate violence and it organized them into platforms. These platforms are composed of key electoral stakeholders, including election officials, media representatives, CSOs, representatives of political parties and religious, ethnic, and community leaders.  Therefore, after The observers from MRF will collect information about the risks of violence in their communities, the information will be then processed through the ICT-based early warning reporting system and then the local platforms will made aware of the risks and invited to verify the information before taking the appropriate actions in order to address the problems in a peaceful manner.

The monitors will be trained in early warning techniques and reporting in the data management system aimed at ensuring the successful data collection by monitors and the data analysis.

In general, the MRF with the support of Sentinel Project’s WikiRumours software compiles the alerts shows that early warning reports will be issued through the SMS based system. The reports will be collected, analyzed, and verified by the MRF team, the alerts will then sent to the relevant platforms that had the responsibility to provide the appropriate responses.

On the basis of the alerts, MRF compiled monthly bulletins distributed to platforms’ members as well as partners, government ministries, and international organizations. The alerts and the bulletins primarily centered on irregularities, violence, and concerns related to the local elections as well as the community conflicts. Additionally, the issues which will be focused in the alerts included increasing criminality across the country, ongoing land conflict concerns and the on-going election violence in Somalia.

You may also enjoy these articles 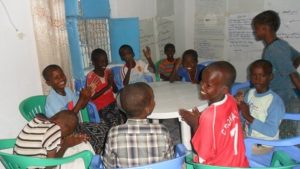 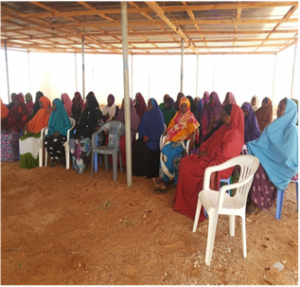 Women Empowerment and Gender Development Program- Sexual and Gender Based Violence (SGBV) Description of the Project: MRF seeks to promote access to Justice and services 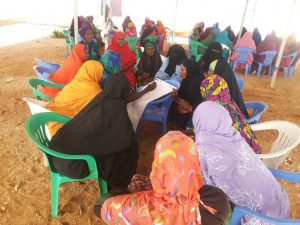 Description of the Project: In recent years, there has been a rise in violent extremism in Somalia, The local authorities and government’s counter-terrorism approach, which 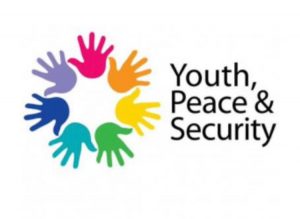 Description of the Project: Manaal Relief Foundation through its Social Justice, Security and Peace-building Program is currently undertaking comprehensive assessment and mapping project for Peace